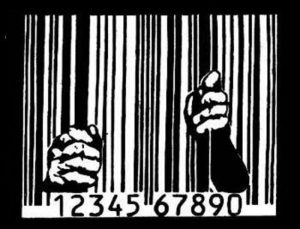 Elias sits down with Dr. Christopher Petrella, a Lecturer in American Cultural Studies and Associate Director of Programs for the Office of Equity and Diversity (OED) at Bates College in Lewiston, Maine, and contributor to Boston Review and Black Perspectives (African American Intellectual Historical Society) to discuss his work on exploring and exposing the private prison industry, which has previously been featured in The New York Times, Harper’s Magazine, The Nation, Boston Review, and The New Yorker, has appeared on ESPN and NPR, and has been debated in the U.S. House of Representatives. Strap in, Unsettlers, this is a good one!

Renown Scholar Forced to Discuss The Onion; a town with more prisons than stop lights; when private prisons become ubiquitous, are private prisons “normal”?; “mass incarceration” vs “the carceral state”; you don’t have to be in prison to be imprisoned–how are bodies criminalized?; immigration becomes a crime–crossing the Streamline; detainment as a “market”; bed quotas and minimum occupancy requirements for ICE and prisons; “if you build it, you will fill it”–empty prisons lead to uncomfortable questions; banks built the prisons; don’t get it twisted–“state-funded” prisons aren’t “better”; our previous “victories”; why stocks for private prison corporations surged after Trump’s win; race and the state; weaponizing a census; “real estate companies who dabble in incarceration.”