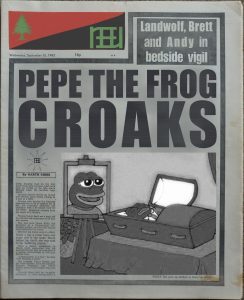 Communique 010 is up now! Athena and Elias discuss seizing the memes of production, and the week in absurd bullshit.